I’m really happy to be wrapping up a long article, and probably a zine, about Lynn Hope (Al Hajj Abdullah Rasheed Ahmad), a  man whose story — which, inexplicably, the world has for the most part forgotten — I sincerely believe everyone needs to know. I’ll share the whole thing later, once it’s done. But for now, here’s a quick preview:

Lynn Hope was one of the “screamers,” the wild r&b saxophone honkers whose horns helped beget rock and roll. He strode up and down bar tops blowing his horn, bent over backwards and wailed, jumped from the bandstand and paraded through his crowd, worked each room he played until it was ready to explode.

He was also, in the late 1940s into the ‘50s, one of black America’s most prominent Muslims. He twice pilgrimaged to Mecca and traveled all over the Middle East, led prayers at a Philadelphia mosque, taught classes on the Koran and the Arabic language, and he brought hundreds of new converts to the faith. Fans and the media loved his jeweled turbans and his long Egyptian robes, embracing the exotic novelty of his performance and persona. But when Hope spoke out against American racism he found himself the subject of smears, blacklisted from the clubs where he’d once been a star. In the 1960s, Hope suffered a series of setbacks — personal, financial, and political — and he struggled to stay relevant in a shifting cultural and musical landscape. By the end of the decade, he had faded into obscurity.

The story would be remarkable enough if it ended there, with Hope’s disappearance from the public eye. But Hope’s records resurfaced in Jamaica, where they became touchstones of the emerging sound system culture and served as an important influence in the development of ska. Hope cropped up, too, in the fiction of Amiri Baraka, whose short story “The Screamers” cast the musician and his horn as catalysts for a new, ecstatic enactment of freedom and community. Hope himself, as Al Hajj Abdullah Rasheed Ahmad, lived quietly into the 1990s, immersing himself in his family and his faith, never returning to the public stage. 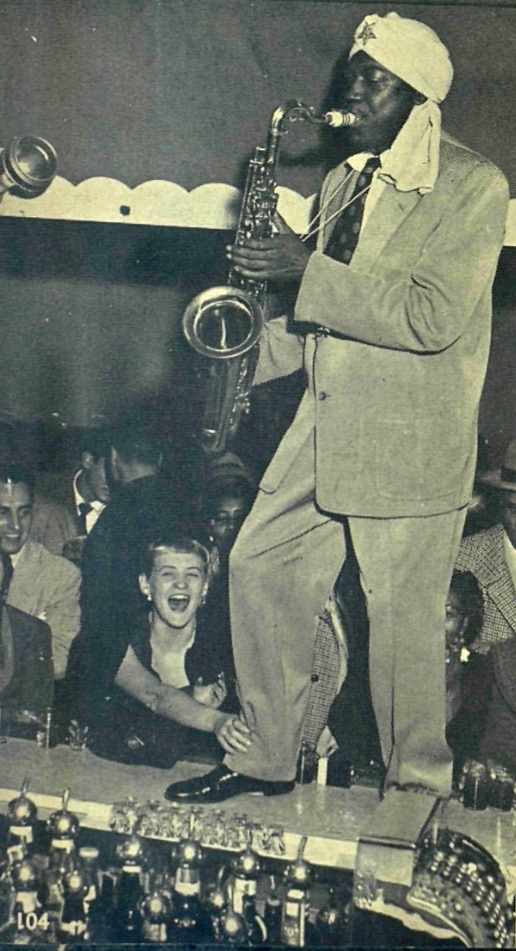 Lynn Hope, incidentally, came from Birmingham, Alabama, and he first learned music from this town’s legendary “Maker of Musicians,” the bandleader and teacher Fess Whatley, whose classroom launched the careers of many scores of jazz players.  Hope’s story is loaded with fascinating details and unexpected turns — and, of course, it comes with a great soundtrack. Check out Hope’s smoldering take on “Summertime”:

Incidentally, I’m still seeking more information about Hope’s / Ahmad’s family life, his role in the Philadelphia-area Muslim community, and his life in general from the late ’60s to his death in 1993. If any readers of this post have first-hand knowledge of these topics, I would love very much to hear from you — please send me an email at burgin@bhammountainradio.com. I’m sincerely grateful for any details that can help flesh out a detailed, rounded, and accurate portrait of this important, overlooked figure.